Welcome to the CBS Intelligence Wiki 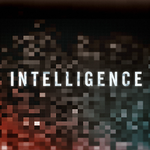 Intelligence Wiki is a site for the appreciation of the CBS series Intelligence, which premiered on January 7th. We currently have 61 articles related to the series.

In Intelligence, Josh Holloway stars as Gabriel Vaughn, a high-tech intelligence operative enhanced with a super-computer microchip in his brain. With this implant, Gabriel is the first human ever to be connected directly into the global information grid. He can hack into any data center and access key intel in the fight to protect the United States from its enemies.

Gabriel Vaughn is a high-tech intelligence operative enhanced with a super-computer microchip in his brain.